How many of you out there were once aspiring music artists?  I know there are lots of us and, like most of you, I didn’t make it big either.  I was unbelievably graced, though, in that I made a living from making music for several years, learning invaluable lessons along the way that led me to other passionate pursuits, eJamming my most recent and, in many ways, my most exciting.  Anyway, I’ve been thinking a lot about what I believe set the heartbreaking downfall of the music business in motion. It’s really depressing to have watched shrinking profits year after year in a business from which so many enduring recording artists were introduced by talented talent scouts and A&R (Artists & Repertoire) executives who guided them and brought them to market. More about that in a minute.


No one would argue the fact that file-sharing was an early catalyst for the traditional music industry’s fall from grace.  Combine that uncontrolled peer-to-peer technology with the millenial’s distrust of corporations and their growing sense of entitlement and you’ve got a pungent recipe for disaster. Adding the iTunes’ downloadable micro-payment model to the brew was the final business-killer. 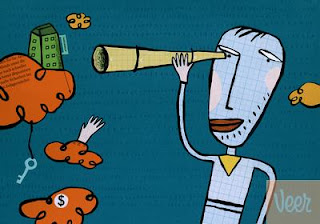 Record company honchos’ head-in-the-sand mentality, their refusal to adapt quickly to new technology and changed behavior, made the inability to sell physical product self-fulfilling.  We’ve looked on helplessly as budding bands and singer/songwriters scattered in the cloud, searching for market reach, looking for a way to make a livable living from their talents.  So far, a truly viable platform hasn’t captured the huge opportunity presented by the Internet.


In the meantime, musicians continue to dream about an industry resurrection, a phoenix rising from the ashes of fragmented markets, unfocused distribution and miniscule margins. And, ironically, while we’ve watched the labels decline, music lovers have consumed much more music online.  Everyone loves music.  So where’s the answer?  eJamming has it.
The fact that eJamming technologies let musicians perform together from different locations as if they’re in the same room sets the stage for the real remedy—JamCastLive!  Just for a moment, envision this.  Each member of the band signs in to eJamming AUDiiO.  The lead guitarist finds her lip gloss (no moaning allowed), the bass player combs his hair, and the drummer checks his mix.  They send out a tweet and the audience is there, interactive and on the go.  The band plays not a single song, but a set of their well-conceived most compelling material.  The fans get not a replay of the past, but what’s happening right now.  And they either pay a micro-payment for the privilege, or a sponsor does.  These are ingredients for the cure.
JamCastLive is the platform that empowers songwriters and bands while letting fans discover the artists of tomorrow—a main stage where artists can be recognized for their enduring qualities, where they’ll be forced to compete with excellent songs on an easy-to-access stage.  And let’s not forget that they’d make money.
The old school music business helped us discover brilliant writers and performers like  Bob Dylan, The Beatles, Janis Joplin, Crosby Stills & Nash, The Rolling Stones, Prince, Neil Young, Simon and Garfunkel, Jimi Hendrix, Laura Nyro, Marvin Gaye, Joni Mitchell, Curtis Mayfield, The Eagles, Aretha Franklin, James Taylor, Otis Redding, Bruce Springsteen and many others.  The A&R guys did a great job. 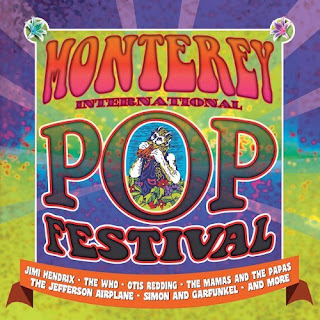 I hearken back to the 60s and 70s because that’s when there was a wealth of great artists, when the trend of singer/songwriters and bands with something to say was both at its genesis and apex.  A teenager in the 60s, I was barely aware of the profound impact of my generation’s gestalt, of that period’s popular song as a reflection of our youthful idealism and, actually, as a high voltage generator of social change.  Yes, today the Internet and social networking provide an exciting conduit for passionate free expression and shared creativity.  But when you think about the artistry the music industry of the 60s and 70s fostered, you think about songwriters who were the people’s statesmen. These artists left an indelible mark on the world, sounded sirens, dared to be different, claimed the people’s due or simply created their own undeniable vibe…and became legends.  Each of their albums was a collection of great songs.
I credit the powerful impact recording artists had on the world then to music industry leaders like Columbia’s John Hammond and Clive Davis, Atlantic’s Ahmet Ertegun and Jerry Wexler, Warner Music’s Mo Ostin and Lenny Waronker, as well as unyielding artist managers like David Geffen, Irving Azoff and Elliot Roberts. They committed and worked their marketing magic.  And each album release was a collection of great songs, not filler. They brought us artists that were unique and material worth hearing, each song making you listen to the next on the play list.  There’ve been other iconic music industry leaders, Danny Goldberg, Jimmy Iovine, Russell Simmons, Rick Rubin among others in the pre-Napster decades, but over the last twenty years fewer and fewer record company decision-makers came from the ranks of the die-hard artist lover.  The writing was on the wall.
Maybe the financial model of the business was so much more viable way back when these guys (yes, it was a man’s world) were allowed to be brave, and I truly believe they were.  Maybe the civil rights upheaval and the Vietnam conflict were so frightening then that the bands and artists these industry leaders discovered, funded and stood up for more easily tapped into the collective consciousness and therefore their records made money.  But massive waves of consciousness and the artistic musical outpouring it drives are not exclusive to that time.
Right now, what’s going on in the world—disparity and rage, poverty and desperation—make it ripe for the music artist.  And everyday hearts get broken and love gets found.  For sure, lots of songs are getting written because the artist’s imperative hasn’t changed one iota over time.  They just need an easy-to-access platform that gives their creations focus, where their powerful perspectives can reach hundreds or thousands or millions of fans in an easy and compelling way.
With JamCastLive, every music fan becomes the art collector’s curator and song anthologies reclaim our focus.  The 21st century music legends are waiting.
Posted by Gail Kantor at 7:43 PM No comments: